MRSA is a resistant variation of the common bacterium Staphylococcus aureus. It has evolved an ability to survive treatment with beta-lactamase-resistant beta-lactam antibiotics, including methicillin, dicloxacillin, nafcillin, and oxacillin. MRSA is especially troublesome in hospital-associated (nosocomial) infections. In hospitals, patients with open wounds, invasive devices, and weakened immune systems are at greater risk for infection than the general public. Hospital staff who do not follow proper sanitary procedures may transfer bacteria from patient to patient.

Endotoxins are part of the outer membrane of the cell wall of Gram-negative bacteria. Endotoxin is associated with Gram-negative bacteria whether the organisms are pathogenic or not. Although the term “endotoxin” is occasionally used to refer to any cell-associated bacterial toxin it refers to the outer membrane of Gram-negative pathogens such as Escherichia coli, Salmonella, Shigella, Pseudomonas, Neisseria, Haemophilus influenzae, Bordetella pertussis, and Vibrio cholerae.

Mycotoxin is a toxin produced by an organism of the fungus kingdom, which includes mushrooms, molds, and yeasts. Most fungi are aerobic(use oxygen). Fungi are found almost everywhere in extremely small quantities because of their spores and are most commonly microscopically small. They consume organic matter, wherever humidity and temperature are sufficient.

Where conditions are right, fungi proliferate into colonies and mycotoxin levels become high. Toxins vary greatly in their severity. Some fungi produce severe toxins only at specific levels of moisture, temperature, or oxygen in the air. Some toxins are lethal, some cause identifiable diseases or health problems, some weaken the immune system without producing symptoms specific to that toxin, some act as allergens or irritants, and some have no known effect on humans. Some mycotoxins generally have more negative impacts on farm animal populations than on humans. Some mycotoxins are harmful to other microorganisms such as other fungi or even bacteria; penicillin is one example.

Mycotoxins can appear in the food chain as a result of fungal infection of crops, either by being eaten directly by humans or by being used as livestock feed. Mycotoxins greatly resist decomposition or being broken down in digestion, so they remain in the food chain in meat and dairy products. Even temperature treatments, such as cooking and freezing, do not destroy mycotoxins.

Buildings are another source of mycotoxins. Public concern over mycotoxins increased following multi-million-dollar toxic mold settlements in the 1990s. The negative health effects of mycotoxins are a function of the concentration, the duration of exposure, and the subject’s sensitivities. The concentrations experienced in a normal home, office or school are often too low to trigger a health response in occupants.

DNA analysis is often used in litigation projects when the identification of genera and species of mold or bacteria is necessary to prove the presence of water impact species. Environmental Relative Moldiness Index (ERMI) is a DNA analysis of 36 fungal species that compares a panel of water-impact fungi (mold) to a panel of common mold found in homes. Statistical analysis is performed and a number is assigned to each sample to indicate how moldy a sample area is.

We have found the species data to be the most valuable aspect of the analysis for occupancy determinations and litigation evidence. Samples are collected using a dust collection apparatus in conjunction with a vacuum per the USEPA sampling method. Sample results give more of a historical rather than an airborne or real-time perspective. This is more of a CSI or forensic approach to water-impact investigations then bioaerosol or surface sampling alone. 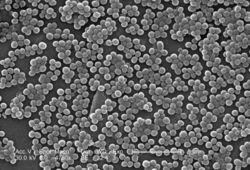 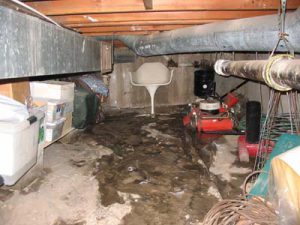